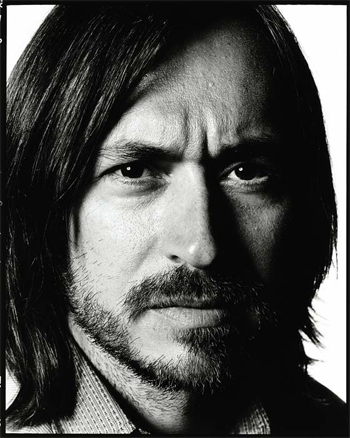 A brilliant inventor and self-taught watchmaker, Antoine LeCoultre (1803-1881), founded his first workshop in 1833, after inventing a machine to produce watchmaking pinions. Since that date, the Jaeger-LeCoultre Manufacture has deveSince its invention, the Atmos has embodied the passion of its creator, Jean Leon Reutter. The Atmos 561 by Marc Newson also illustrates the creativity of its designer, who has never stopped travelling the world to use his talent in designing the objects that shape our daily lives.

Born in Australia, 44-year-old Marc Newson has tackled all areas of design, ranging from furniture through bicycles and interior design for private residences, businesses and restaurants to the implements used in daily living. He worked on various continents during his already long career before settling in his London studio for the past several years. Examples of his work, defined by the harmonious and bold curves of their lines, are now counted among prestigious private collections and the world’s most famous museums. It was Marc Newson himself, long attracted to Jaeger-LeCoultre’s legendary clock, who one day contacted the Grande Maison and offered a design for it. This suggestion was greeted with immediate enthusiasm: Jaeger- LeCoultre accepted his offer. In the Atmos 561 by Marc Newson, the inventor of the famous Orgone Strecht Lounge chair has managed to capture, in the staggering innovative power of his interpretation, the very essence of the Atmos clock, which for eighty years has symbolised the dream of quasi perpetual motion oped constantly around the founder’s original workshops. 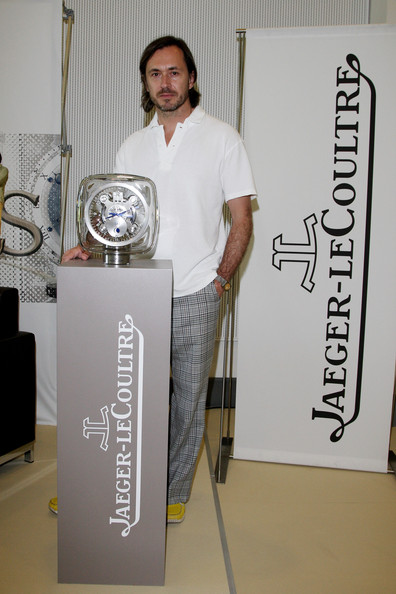 In this day and age, where the time is displayed everywhere – on each wrist, on cell phone screens and on every other electronic device – the Atmos 561 by Marc Newson restores all the dignity to the age-old gesture of checking the time. Only a designer in perfect command of the language of forms could reinvent the Atmos clock and rewrite the essential characteristics of this fascinating object, which has become the official gift of the Swiss Confederation, into a work of art that immediately fascinates the eye by its originality and simplicity. 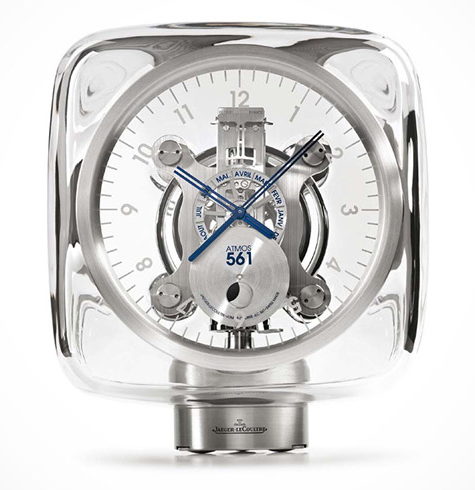 With the Atmos 561 by Marc Newson, the designer returns to the first golden age of industrial design, the 1950s, when the rapid addition of novel manufacturing processes was opening new horizons to artists who worked at the intersection of form and function. At that time, the development of synthetic materials and innovative technologies was providing a concrete means of expressing the desire to give ordinary objects new forms, after the difficult years that had followed the end of WWII. Mass production was also drastically changing consumption habits, and manufactured products gradually took on an emotive and cultural dimension. From then on, an implement, a piece of furniture or an appliance no longer met utilitarian criteria alone, but became a work of art that added an essential aesthetic value to its functional aspect.